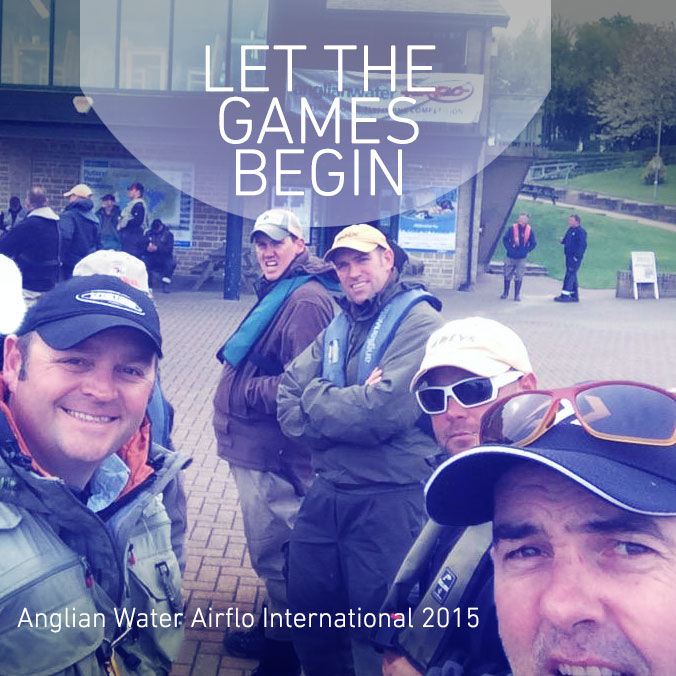 This weekend saw the first heat of the Anglian water Airflo International competition 2015 on Rutland water with 9 teams of 6 anglers trying to qualify for the English final.
The ‘Ospreys’ team having come second in the International final last year started this years competition in style by winning the event against a very high quality field of anglers which included World team anglers, international heavyweights and a former World Champion.

The club had two days of practise before the main day, however Hywel was guiding clients on the same water for one of the days and was surprised he was finding fish all over the lake and it looked very promising. The second day saw Hywel back on form and paired up with Ryan Feber of the ospreys and they concentrated their efforts on the main basin in the morning. After a short break for lunch they headed up the Northern end but things were not as hopeful as the previous day with only 9 trout, 1 perch and a pike to the boat.

On the day of the match the club decided to try and split the water in to areas and cover as many as they could, but they had too many boats going to fantasy. So as the fleet started to motor away from the harbour it seemed obvious that the majority were headed north with quite a few going towards the Dam. Hywel and his partner Al Gamble of the RAF Fish Hawks had decided before hand if that was the case they would try their luck up at Yellowstone as the bay had been producing good bags for weeks with a risk of knowing that it had been under a lot of fishing pressure. With only one other boat following them they set the drift and Hywel was into his first fish of the day on his second cast. However after what he hoped was a blinding start his luck dried up when he hooked the bottom and lost his four fly cast.

Tying a new one up the other boat that had followed them up to Yellowstone were pleasure fishing using a bung and they were catching. Al changed quickly and started catching fish almost immediately and went four fish up on Hywel. Then Hywel’s olive buzzer just under his bung started to lure them in but was it enough? Hywel was going fish for fish with Al and soon a few more boats started to venture in on their patch and the information being passed around was that most other places were not producing much at all.
Hywel still four fish behind then found his mojo and landed four fish in five casts, pulling the score with his boat partner to equal.

There was no stopping as Hywel then caught another few quick fish to overtake and bagged up by 1.50pm followed by Al finishing at 2..10pm.
We asked Hywel what was the secret to getting the advantage? “ I think it was all to do with moving the flies. At the start the fish wanted them static but after takes dried up I started to nymph them back and takes came thick and fast. I was lucky today; when Al agreed to fish away from the pack I knew that would be the way to go and boy did it pay off! Thanks Al!”
The Ospreys now go onto the Northern Final on Rutland in July and we wish them the best.

Did we mention that our own Mr. Morgan also bagged Top Rod!?   Well played sir!

Here are the results 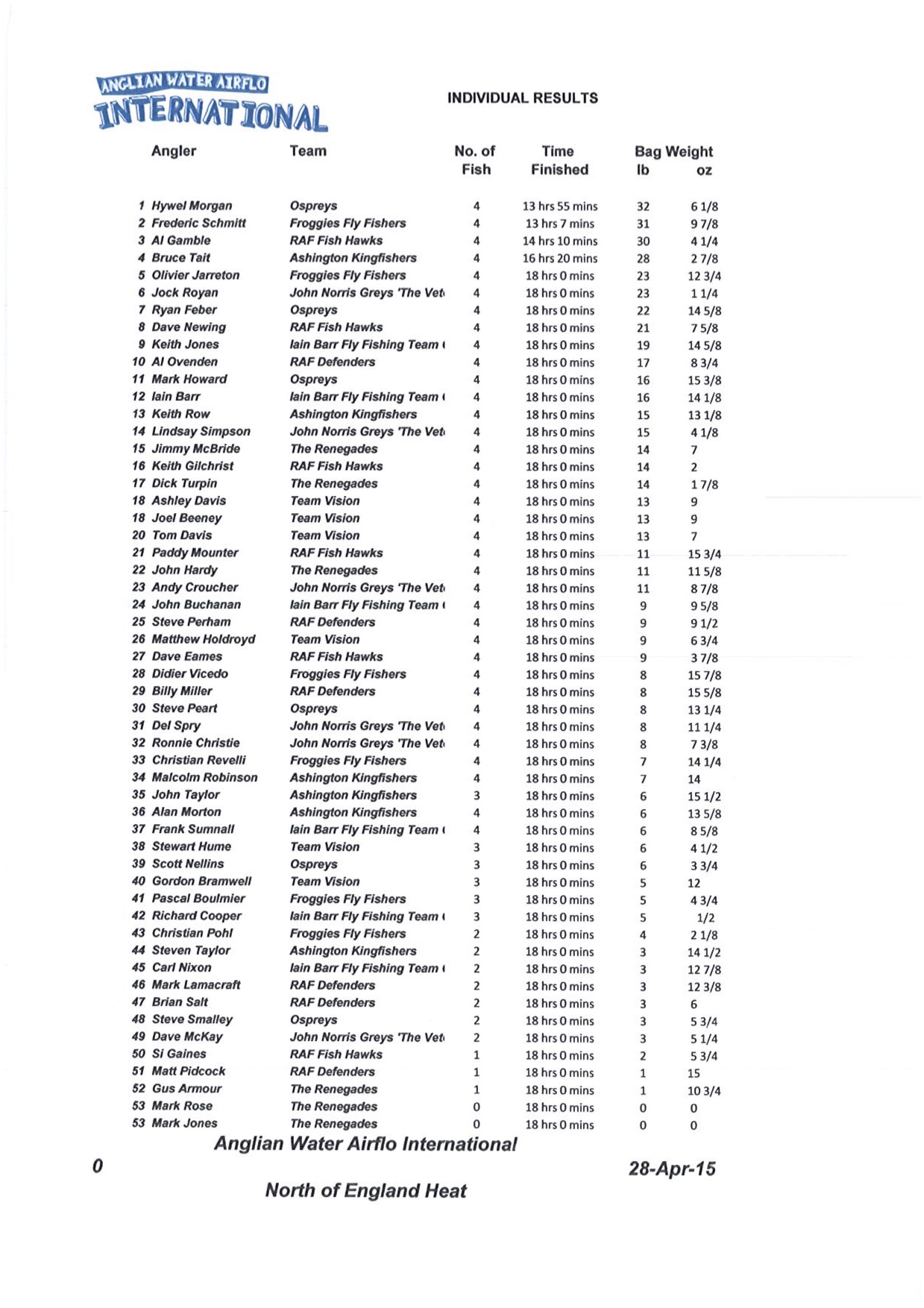